Wor(l)d of the Present: MOCKING_BIRD 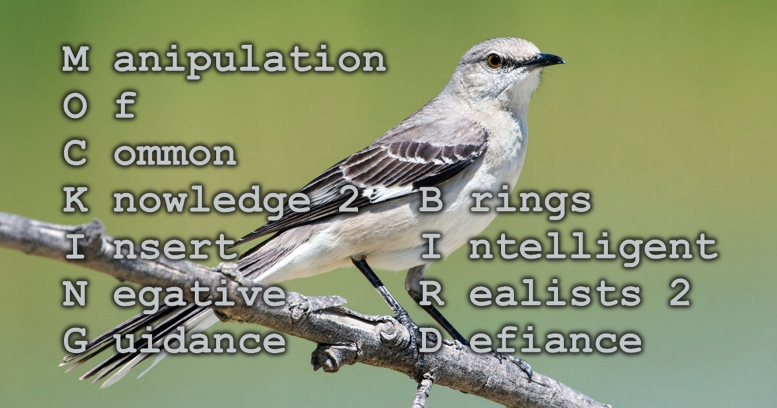 A very nice bird, but slightly less beautiful in the reality of everyday: Operation Mocking Bird is one of the countless concepts mentioned by Q and put on the Q Map (40 Left 32 Down on A1): It is a CIA operation from the 1950's that recruited journalists to write fake stories promoting government ideas while dispelling communist ones. Don't believe this was an experiment which was later abandoned as being unusable: even now in 2021 the stories from main stream media can often not be trusted. That is the result of all of them being owned by just six big corporations, which on an even higher level are controlled by an even more central force behind the curtain. And no, I don't mean the "Iron Curtain".

And it is not just main stream media: the big tech companies like Facebook, Twitter and YouTube are now being actively used to censor any sources out there which expose news as being fake by providing evidence. In the past I had the realisation that nowadays the average human has so much information at his or her fingertips, which cannot be processed completely consciously, because this