Wor(l)d of the Present: SPEAK_UP 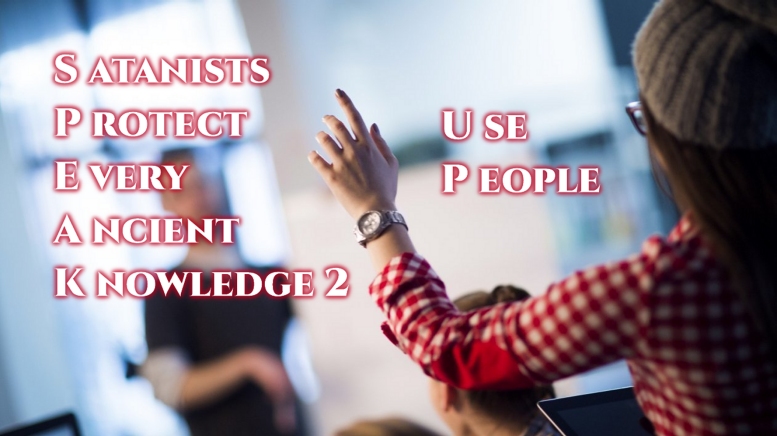 Actually I shouldn't even be paying any attention to them, as only attention to positive things brings us the richess of life. Focusing on fighting the negatives only serves allowes them to persist. As a wise man once said: "Hate cannot drive out hate, on love can do that." On the other hand though, if the lovers of truth are to have a chance to survive, they will have to recognize those forces that should not have a place in their world, in order to keep it from being overrun. So even though I am only lending my energy to celebrating the current plan to bring the satanists down, my focus is more on the new world that will come of it, rather than the terrible stuff done in the past that will be revealed.

I started my trip to know the base patterns of life in a quest to show the bullies there was no place for them in the world. In the end I found there is a place for them, but I can at least deny them access to my world. Likewise, Wallace D. Wattles said not to hate the Rothschilds, Soroses and other great usurpers of wealth. He compared them to the vicious dinosaurs of this society, whose time would soon end. Of course over a hundred years have past since, but now finally the happy end he foresaw is drawing near.