Wor(l)d of the Present: CONSPIRACY 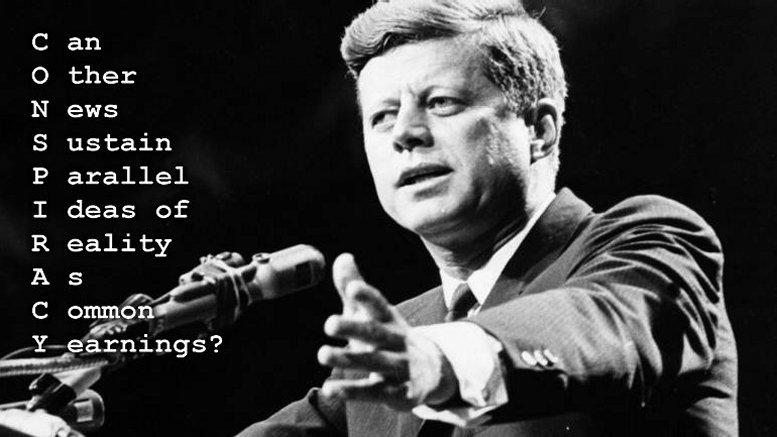 The JFK assassination no doubt was one of the biggest sources for conspiracy stories, perhaps only beaten by the idea that 9/11 was a false flag operation performed by the US government as an excuse to invade Afghanistan. Actually, the latter has been presented with so much context, that to me there is no doubt about that. Still though, I could be totally wrong!

On the other hand, with today's Internet, people are far better connected to information than they used to be, and as such, news travels fast & far & wide: hundreds of sites have described every possible peculiar observation about the 9/11 tragedy, from the remarkable fact that the towers fell as fast as gravity would allow them, seemingly completely unhindered by the fact they had to collapse the floors on the way down. I could sum up quite a lot more, but like I said, I am not in it to convince you. Only to think for yourself and get educated the way you can: with the near infinite source of information that will help you form your own knowing.