Wor(l)d of the Present: ENTANGLEMENT 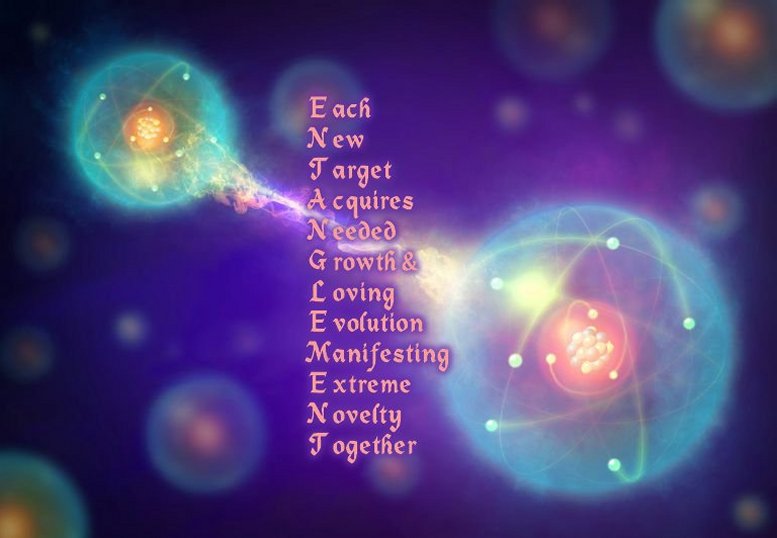 "Spooky action at a distance", Einstein called the entanglement principle encountered in Quantum Theory. Now he may have thought it something that did not sit well with his relativity theory, but that still does not make it any less scientific. But is entanglement only an attribute in the quantum realm?

Given that time is merely a human definition, we don't need to see ourselves as caught between the rock of the PAST and the hard place of the future. As it turns out, our original definition of time made it possible for the speed of light to vary, which was rather awkward for science. So now they have redefined the meter in such a way that the speed of light can no longer be variable. Quite conveniently, the definition of the meter has changed five time since its introduction,