Wor(l)d of the Present: MATTER 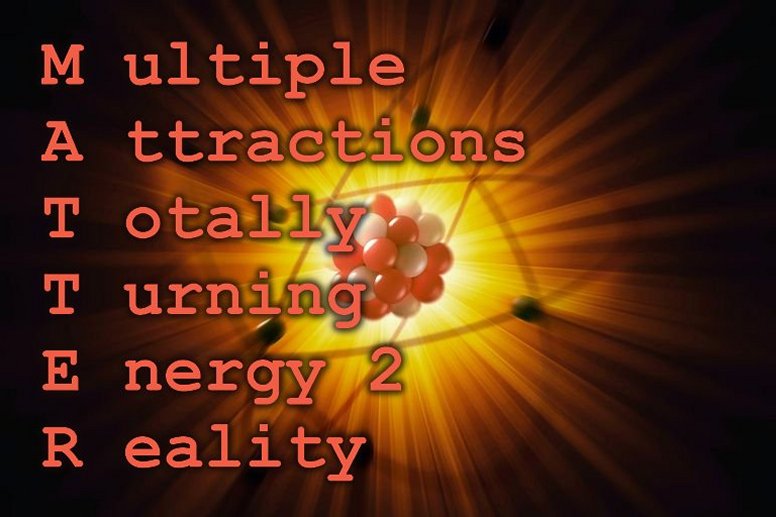 When I was in school, we learned we live in a world of matter, where energy is available, but can only be conserved. And of course that only worked for a closed system. What you learn later, is that energy and matter are interchangeable, and though we don't yet fully master the process, it is not difficult to imagine energy as leading, and matter existing in a see of energy. And then matter is suddenly energy compressed to such a degree that it becomes tangible.

And yet matter matters less than energy: Though gravity is still seriously thought about as being an effect of mass, there are scientists who think gravity is a side effect of the far stronger forces of electromagnetism: it is not hard to imagine that the atoms themselves align as a result of electromagnetic fields, and the negative electrons take up orbits on one side, and the positive cores moving off-centre so the atoms become dipoles. And since the atoms in our bodies are equally aligned, we have positive charge at our feet, attracting the negative charge of the Earth.