Wor(l)d of the Present: RESISTANCE 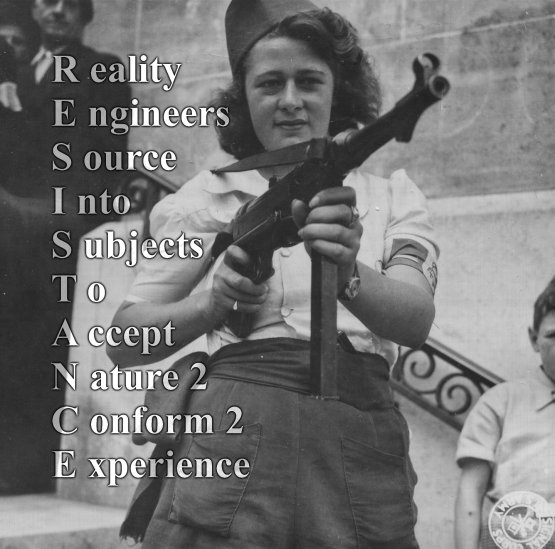 Resistance isn't just 'fighting the new', but also the exact opposite: fighting the Status Quo in order to bring in the new! Just another area where the English language is more ambiguous than other languages. Dutch for instance, uses separate words for electrical resistance (weerstand) and social resistance (verzet). Actually the situation is a bit more complicated, because unorganized and passive resistance to some social situation is still called 'weerstand', but the moment it becomes organized and active, it becomes 'verzet'.

But is non-resistance useless? Focusing on the electrical meaning for a moment, we know that non-resistance is basically a 'short circuit', tempting to any flow of electrons.