Wor(l)d of the Present: AWESOME 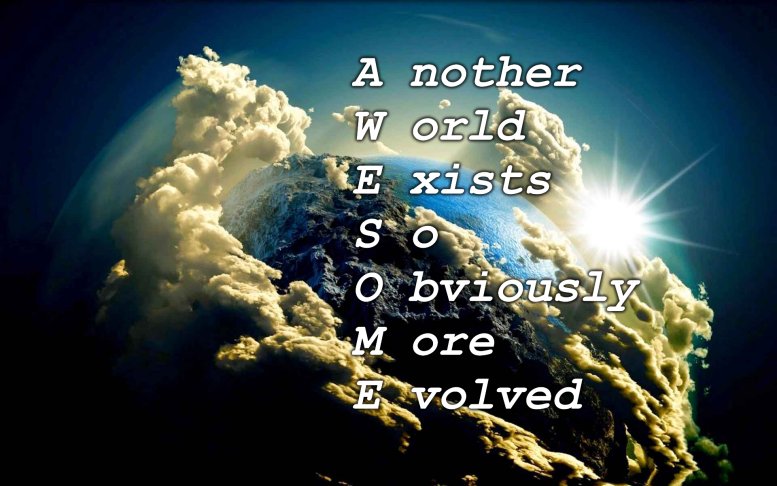 Have you ever had the feeling that there was a whole other world out there than what you held for real? It happened to me once, and I never came to the conclusion that that was an invalid observation, or a delusion: Despite the negativity of things like 9/11, the war on terror, and all the negative things people quickly spout about other groups of humans based on "common sense" observations. Most of those are knee-jerk reactions from the reptilian part of the brain, which is mostly meant to keep us safe.

Funny about this awesome world is that it is a world of synchronicity: Like for instance, I randomly picked a movie unknown to me named "Shortwave", and the theme of the movie is that a hidden component in shortwave communication signals is an intelligent message that will allow the female lead actrice to retrieve the memory of just how her child was abducted earlier in the movie. That was indeed the world I saw: loosely connected beings, all aiming for the better state they want the world to achieve. Regardless of where they are, they are all aiming to improve things in their own way!