Wor(l)d of the Present: BELIEF 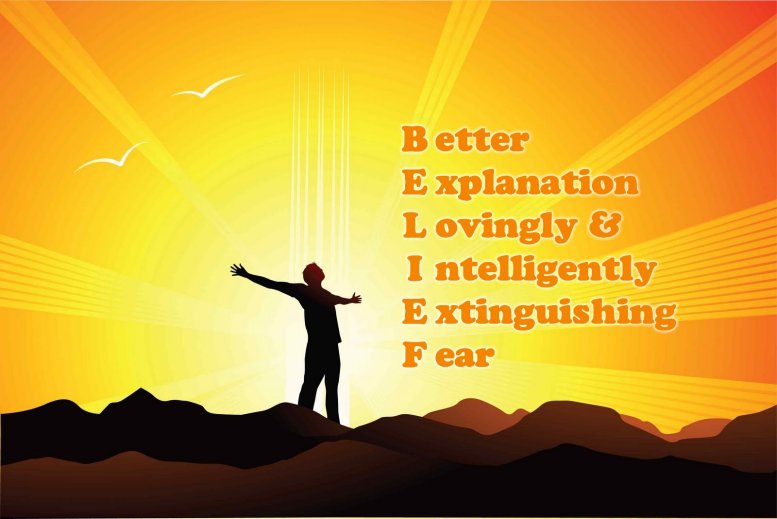 Triggered this Sunday morning by friend Bernard asking publicly to declare a belief that we once held but no longer do, without explanation, I felt the Acrosstic Vibe run across my spine. Again, the text sprung forward effortlessly, and the image found beautifully matched the orange color I had used on last night's final text.

I know that beliefs are defined to be 'not based in science', and as such considered to be less valued. Still, there is such a thing as Knowing, a 'belief' that goes beyond being able to prove your point, and in fact never needs proof. This has been beautifully dramatized in the movie 'Know1ng' with Nicolas Cage.

I am not trying to convince you of its existence, but merely describing my own experiences on this subject, which proved remarkable at least to me: When I was still married, I KNEW my wife was pregnant even before she was. Her doubts about it were inconsequential to me, because the three dots on her temperature chart told me that it had already begun. Likewise, on both pregnancies, I knew the kids would be female. No reason as to why or how I knew, just this awesome certainty of being in the know....

Later, after being divorced, I knew a dear colleague would leave the company, even before she had told me anything about it. After that, our relationship showed me she was every bit as special in my life as I'd thought, but in a totally different way!

I claim that working on your spiritual path, in whatever way you think is most effective, is the way your beliefs get constantly adjusted towards newer beliefs with less fear and more awe!

There are still some points I know that have not yet come to pass, but these are personal to me. One thing I know for sure though: fear of the future is not the way forward to a better world!