Wor(l)d of the Present: HELL2 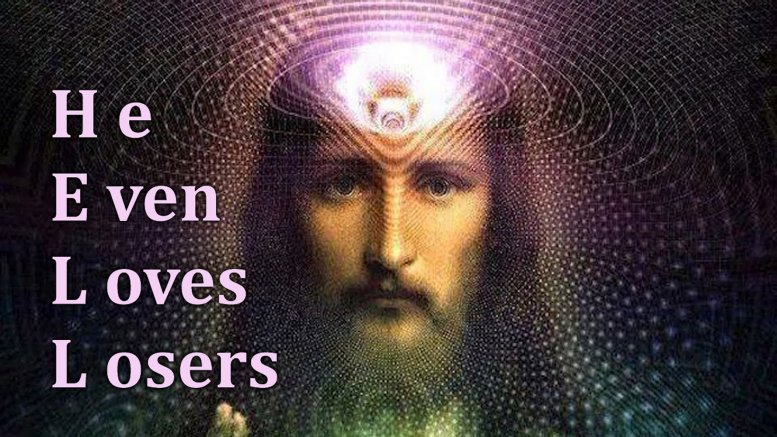 He Even Loves Losers

I may not be a Christian by persuasion or conviction, but what I've studied over the years made me come to the working theory that Christ's return won't be in the form of a single human embodying his Consciousness. Instead, it will be a worldwide "coming into the realization" of humans who know that they've allowed the losers to dictate the ways of the world for far too long!

But let me clarify what I think the Losers are: not the goodwilling people who just don't seem to be able to thrive in the cut-throat world of business, but those who have in the last thousands of years pulled the wool over our eyes and convinced us we need to see a divided world in order to survive!

Don't be fooled by Bill Gates and his friends telling you the world is too small for the current number of humans inhabiting it, because the amount of money spent on wars devised by the few to keep the masses divided can easily sustain the current population, and more!