Wor(l)d of the Present: NASSIM 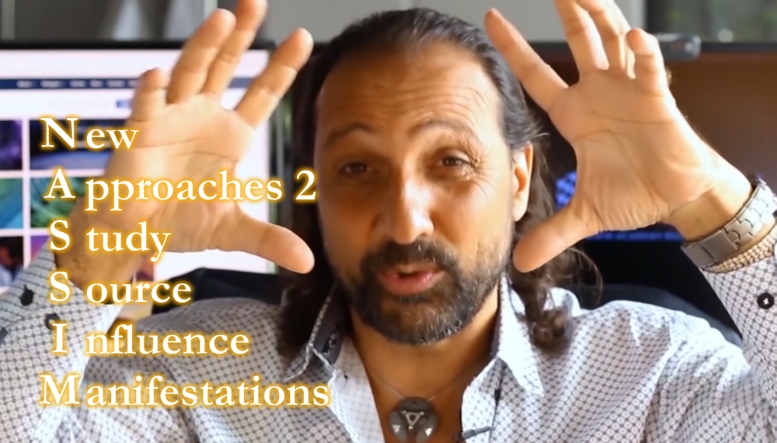 I was fortunate to come across Nassin Haramein quite early in my Lust for Clarity. Like him, I experienced something at age 8, namely the sudden realisation that I was going to figure out the universe, to prove that the bullies I was being plagued with did not belong there. I ended up finding that even they have a place in this Reality, although I could choose to distance myself from them.

Right now we are literally in a process that is laying bare the biggest bullies on this planet, who have done things most people will have much trouble to accept. I am not pointing the finger right at them, because then there would be four pointing towards me! Instead, I will point towards the individuals that I consider benign sources of solid information, because they all challenge you to do your own research and come to your own conclusions. Donald J. Trump is one of these people, as is Nassim who I am writing about on this page.

Nassim's greatest achievement in my humble opinion is that he realised that rotation was terribly absent in the science dogma's of the time. He brilliantly pursued this perceived error by going against the powers in science that be, and pointing them towards better knowledge.

There are many interviews with him on YouTube, but if you want to deep dive into his work you can go to the resonance Academy, which he founded to get the work out while traditional science was still not on his side. Since 2015 he is also running Torus Tech, a company trying to develop practical applications of his view of the Laws of Nature.