Wor(l)d of the Present: NOW_HERE 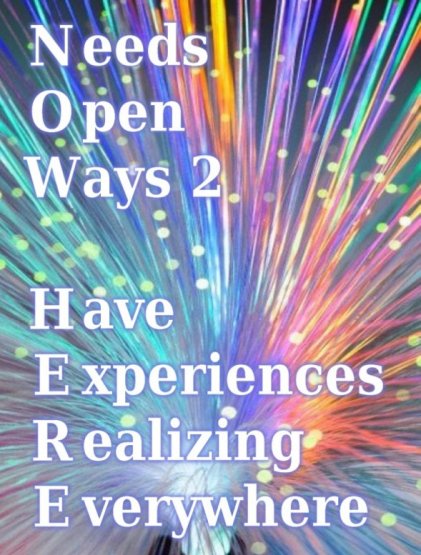 Nothing is more important than nowhere, because it literally means being 'Now & Here'. Space and Time are human definitions, just like the Speed of Light has been reformulated to be directly related to the definition of meters and seconds.

Many now believe the idea that we are living in a simulation, if not because they saw the movie named "the Matrix", or any of the other sequels and similar movies. Even visionaries like Elon Musk are coming forward with their estimates: he said he considers the odds of us being in 'Base Reality' being less than one in a billion!

Being a Parallel Universes man myself, I figure the odds are even lower: Not only are all of these universes basically the decisions we never chose, and thus also as virtual as the one we did chose, but since we all made different choices. And syncs have everything to do with it: just now the one-eyed Slade Wilson told his son on my big screen: "You must learn to move with your mind, not your eyes!"