Wor(l)d of the Present: PATENT 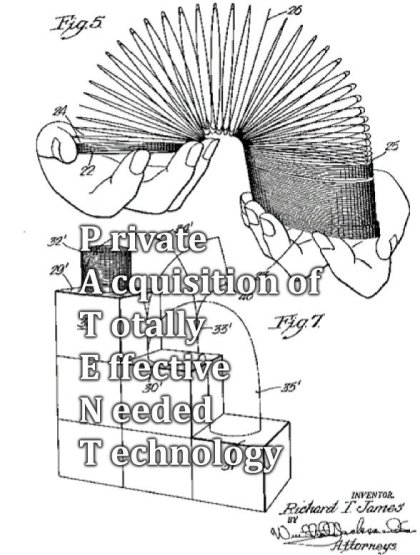 Originally devised to give the inventor of an idea a head start in monetizing it, this system has become as corrupt as the rest of the business: there are sharks out there patenting very basic aspects of today's technology, who either buy them and lock up their patents so nobody can build those devices, or use those patents to take to court anyone they think they can sue for infringement.

Nikola Tesla was one of the inventors who held many patents, but who could not get his patents developed because the big financiers would not help him. They thought: "If we can't put a meter on it, we can't make any money". Tesla died penniless, but his work was apparently so revolutionary that upon his death the hotel room he lived in at the time was emptied of all his papers, which were taken away by the US Government.

And then there are guys like Elon Musk, who patented lots of new inventions for Tesla, but then turned the all over to the public domain so his opponents could use them too. That way he accelerated the development of electric self-driving cars tremendously.