Wor(l)d of the Present: BIDEN 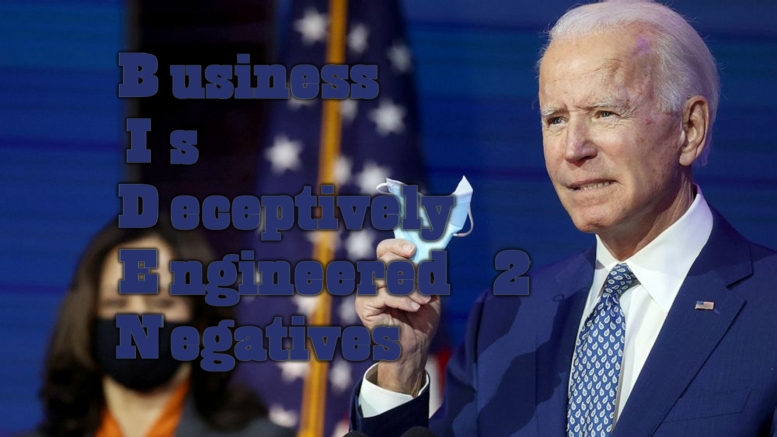 Ten million dollars "just for introductions" is what Hunter Biden requested from Chinese individuals who were interested in getting into contact with his father Joe Biden back before when Joe was vice-president under Barack Obama. And this was no singular event. Even Joe himself was caught solliciting "Pay to Play" from Russian high-ranking people.

Of course this all came to light after the Deep State tried their best to get Trump out of office between 2016 and 2020, by accusing him of coluding with the Russians to win the presidency from Hillary Clinton. They never could make that stick, but their efforts failed just like the two impeachment procedures thay fired at him. Donald Trump thus went down in history as the only president to be impeached twice, but also be acquited twice!

Now it is March 8th, 2021, and Biden is in the process of reversing everything Trump did in the last four years, to get the Deep State agenda back on track. But he is forgetting the facts of life: Trump has woken many people worldwide, and Biden's frantic sprea of executive orders (more than any past president) is waking up those who weren't awake yet, but now see how Biden and his puppet masters are killing off the USA.

I am sitting back and relaxing, and enjoying Mad March and Amazing April!