Wor(l)d of the Present: SIMULATION 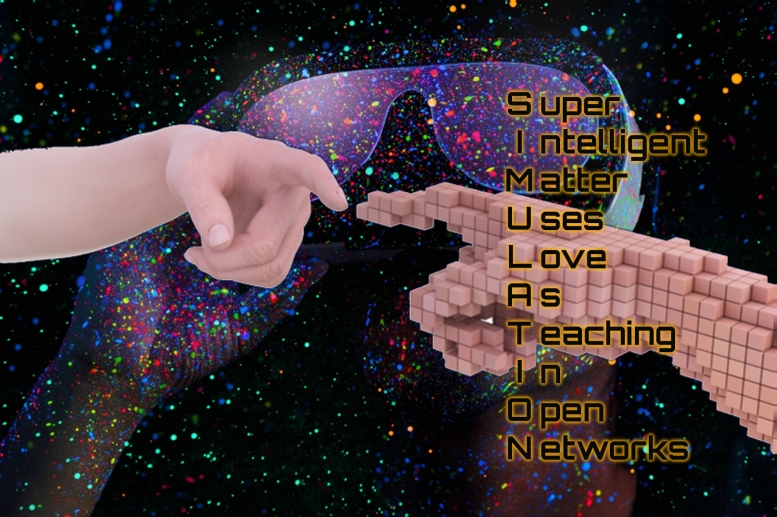 Some very bright minds have been pondering the question whether or not we are living in a simulation. Stephen Hawking devoted his last publication to it, which was made public after his eventual death. Another proponent of the simulation theory was Elon_Musk, who came out with the statement that he considered us to have a "One in Billions chance of being in Base Reality".

Even Nassim Haramein talks about simulation in this YouTube interview. I myself am a "Simulation Believer" too, and I guess if I would have to explain it, I'd go along the following lines of common sense:

We have but a very limited fraction of the world out there comming in through our five senses: "normal" humans only hear like 20-20.000Hz if they are in their prime, and our eyes only see the tiny slit of frequencies we call "visible light". Even if we saw the game of Pong which is the start of Elon's argument for the simulation theory, then it is only "two rectangles and a moving dot". But these two could not exist unless there was also a piece of hardware, and a program that runs on it.

We humans are quite used to using tools other humans invented or discovered, even without knowing the details behind the workings of the tool. And as our civilisation evolved, an ever larger percentage of our tools are simulations: not just games, but also simulations of natural laws to discover new science, and programs to simulate finite elements to produce natural-looking computer generated presentations of events for designing buildings and bridges, or to have them demolished in massive CGI movies.

Given Nassim relabeled "SpaceTime" to the more accurate label "Space Memory", makes it conceptually very similar to what in spirituality is called "the Akashic Records", ties new science neatly in with spirituality. Also, since there is ample evidence of reincarnation, we get closer to our life being pre-planned before we enter the game of life, and we end the game rejoicing in our skills acquired in "Yet Another Good Game!". So yeah, I do believe I came here to play a game, not because of competition, but because of teamwork!