Wor(l)d of the Present: SWIRL 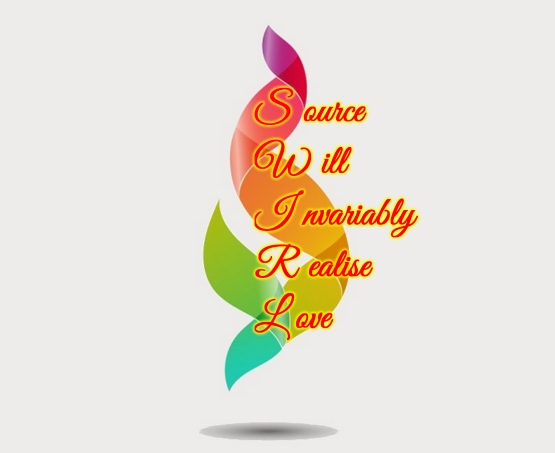 This is often cited as the conundrum of religion: how can a God that is supposed to be good allow suffering? The answer is extremely simple however: All humans have free will, and thus both good and evil will try to get what they love. There are however two ways of getting that: those who recognise that everyone has free will go about their day allowing for other people's free will to be done. That does not mean they have no free will, but they will be creative in finding solutions to get their desires by navigating within the freedom left by other people's will.

And then there are the other ones, who have little or no consideration when it comes to other people's free will. They run their lives as a competition, and constantly want to win. Control is their game, and power over others their addiction. They will employ tactics to get ahead in "the Game", and are generally more of a divisive nature.

Source however is equally in favor of all of it's parts: like we humans take good care of our various organs, god will always give them what they want, even if suffering is sometimes the consequence. This may look terrible from the limited point of view in our spacetime world, where life has a beginning, a middle and an end. From the larger perspective however, all experience will lead to a better future. Even Hitler's killing of the Jews has in the years since had better effects because it made people say: "No More!!!"

Currently, things are coming to light that will shock those who never thought any further than "why do we suffer?". People with inquisitive minds have been and are connecting the dots and following the money, and things are about to be turned around in 2021. Only about 20 percent of the heinous crimes will probably be made public, for the rest would bring to much suffering to those who were completely ignorant of the larger picture. Let's just say that the Swirl will definitely become a blazing fire of love, ready to build a world where competitive life will make way for cooperative life!