Wor(l)d of the Present: ATTITUDE 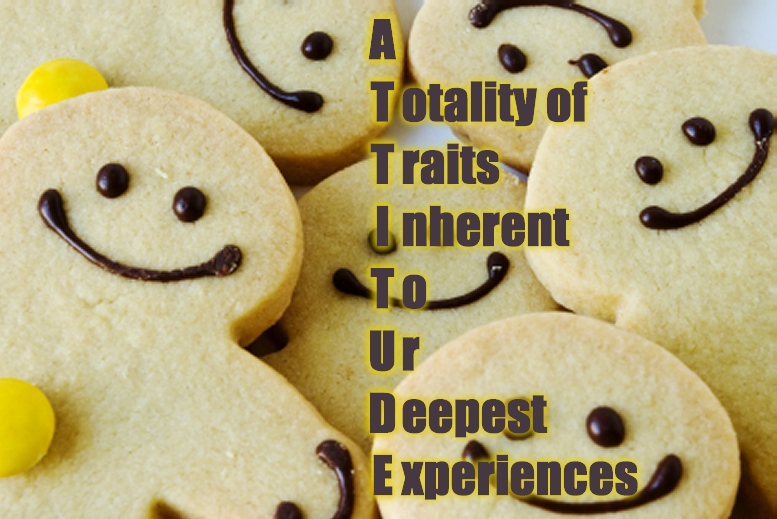 A Totality of Traits Inherent To Ur Deepest Experiences

You are of course totally entitled to whatever attitude you deem suitable, but I'm afraid life itself will have a little to say about it too. Call it Karma, or just going against the flow of life itself, but there is a definite tendency of life to go for positive expansion rather than restriction that wish to control reality.

Attitudes come in various basic patterns, and at current, my streams of input led me to lay down the pattern of the Attitudes SevenSphere. This of course will be given its own page, but let's just expose the attitude I have to life:

Even back when I registered the moorelife.nl domain, there was this intuitive feeling that there was more to life than the mere appearances my senses fed me. Not really religious by Nature, but still feeling that urge to grow! Not in a physical sense, because I'm already six foot eight and over tgwo-hundred pounds, but more in the way of always wanting to know more, to better understand creation. And time and time again, impossibly weird sources brought me information that connected more and more of the separate networks of facts together into even larger networks, not more complex, but actually simplifying things as the knowledge crystalized.

It started with knowing certain small facts, like knowing my wife was pregnant before she even was convinced of that fact herself. Also, in both cases I knew the kids would be girls, regardless of what anyone said. Then on the second anniversary of Nine Eleven another talent suddenly emerged...