Wor(l)d of the Present: CONTROL 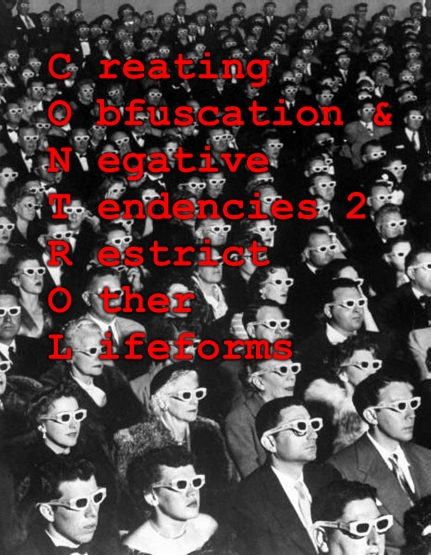 Funny thing happened on the way to creating this page: on the side I was watching the series "the Protector", and the very moment I opened up the files needed to edit the page, the person speaking on the screen said a sentence about being "out of control"! Coincidence? Nah, let's call it synchronicity instead. Improbable things happening so close together that there is a certain meaning there for those who have eyes to see and open minds to receive.

Control is an illusion, plain and simple. In fact, any software developer knows this. No matter what programming problem you have, there is always a way to solve it or work around it. Secrets are a great way to divide and rule, but as they said in the Matrix: "Some rules can be bent, and others can be broken". Even totally secure networks and agencies are only a mere hindrance to any intelligence from outside or inside the system.

Some examples: even if a computer is 'air-gapped' (no network connections to outside), physical access to it should also be perfect in order to keep it safe. But that leaves any outside controllers powerless, unless they break any of those security measures. Like the 2020 US elections for instance: it turned out that in order to be able to sway the elections in Biden's favor, the Dominion voting machines were connected to the Internet. Trump allowed it and fought it via the courts and laws, but since the swamp is still quite deep, those cases went nowhere.

But then those well-informed knew that already. In fact, Biden's record-breaking number of Executive Orders canceled most of the things Trump did, but that woke up more US citizens than the millions alerady woken up during Trump's first run as President. Still, imagine this: The Space Force is still in operation, and also concerns itself with cyberspace. Since most Internet data goes through certain backbone connections, any traffic from the Dominion voting machines can and probably was intercepted by them. So let's see what happens...