Wor(l)d of the Present: ALLOWANCE 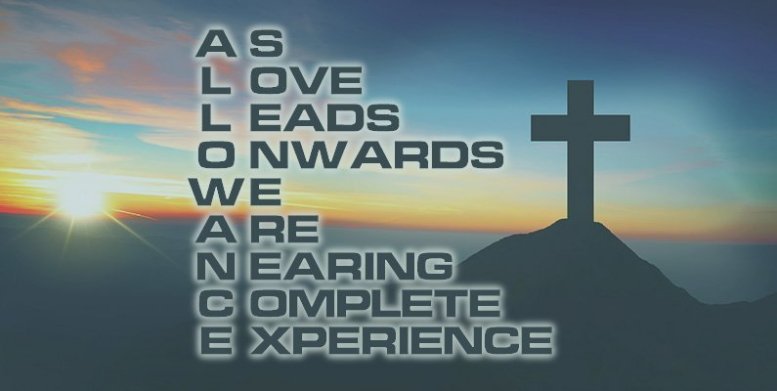 As Love Leads Onwards We Are Nearing Complete Experience

Another very ambiguous word in the English language: as a form of the verb "to allow", we talk about what can and cannot be allowed, but images on the Google image search are almost exclusively about the amount of money you give your kids when they aren't yet making their own money. But in this world of extremely fast technological development we will soon have to find a solution to the fact that technology allows us to make products with less effort and thus cheaper, and with less human involvement. To some people that may be really scary, and to others it is "exciting time to live in". In fact, I dare to claim that the people with the widest interests in the world around them form the more complete image of that reality within the confines of their mind. Confines? Let me correct that: There is no such confinement, as our minds are mere receivers tuned to the hive mind I call humanity.

Manmade laws on this planet have always been about limiting what is allowed and what isn't. But as they are by definition made after the fact and to prevent what is not appreciated, there is a lag between what laws allow and what some people still get away with. Still, even if there is no law to prevent it, should you just lay back and accept "Criminal Abuse"? I think not! On the other hand, technology may still come to the rescue: the software behind digital money or so-called crypto-currency is a way of being able to guarantee trust between people who have never met, because the technology is the key to trust in this case. It is still a very volatile piece of software, but the fact that it is open source will allow other programmers to actually verify it works as intended, and even improve it if needed. Many of those developers have found their calling in developing open source software to allow the computer world to become better for all human using it.