Wor(l)d of the Present: PAINTING 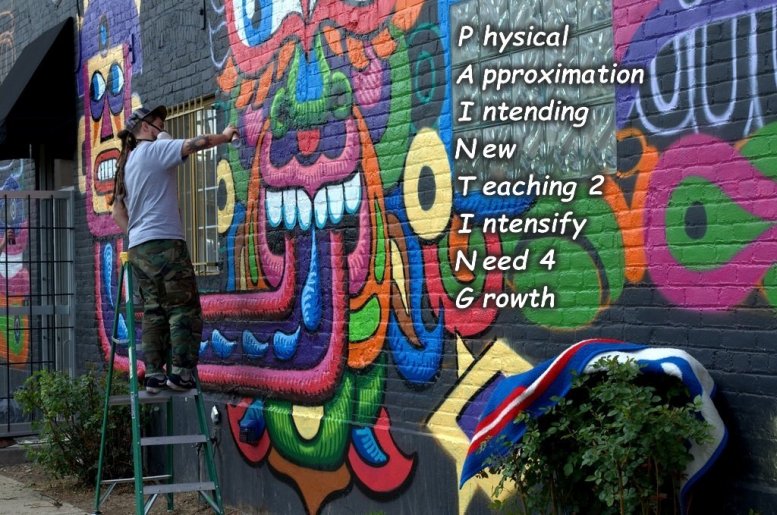 Art is a great way to express oneself. My art is mainly language related, whereas the guy on the ladder here obviously obviously is more at ease with paint. His name is Chris Dyer, and he specializes in Positive Creations.

For me, Images, Music and Movies are the major inputs to feed my Creative Being. Even now, the movie "Close Encounters of the Third Kind is playing on one of my computer screens, as I write this story. 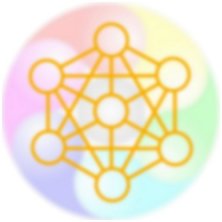 The only relevant painting I ever did was around the turn of the millennium, in a relaxed way trying to figure out what would be a logical evolution of the ancient Yin & Yang symbol. After a number of weeks of intuitive drawing on the computer I ended up with the rainbow-colored symbol on the right here, to which later the orange lattice of circles was added.

Only recently I found that this symbol perfectly jived with the structure of our bodies: As Gregg Braden, one of the Three Amigos, mentioned it in a video I was watching this weekend, we humans have a whole bunch of neuron-like cells in our heart, which can be said to form a third brain of sorts. I always considered the cyan bottom sphere of the SevenSphere on the right my starting point, and the triangle it forms with the Magenta and Yellow spheres the dynamic part of my totality, and it seemed completely logical to me, that those three circles are the three brains.