Wor(l)d of the Present: CLEANUP 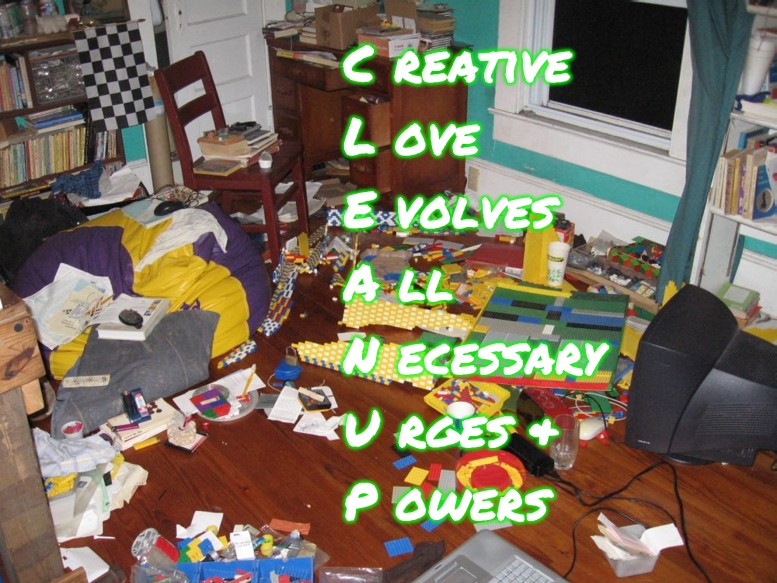 Today the videos from various digital soldiers made me realize that cleanup is the word of the day, if not the word of the coming two months, and of the recent past: apparently over 2.5 million deep state operatives have already been arrested, and many others have chosen suicide over being caught for the terrible things they've done.

In a more personal atmosphere, cleanup is more of a removing of clutter and creation of order, so my current state of mind and heart becomes more calm and peaceful. Cleaning up is an activity that brings me peace, just as well as creating something. It is kinda like the kid in Iron Man 3 that helped Tony Stark with this advise to cope with his anxiety attack: "You're an Engineer, right? So go Invent Something!"

In my personal space however, there currently is not enough space to invent, so creating order comes first. And in turn, a lot of stuff cluttering my home will have to go. Some can still be sold at reasonable prices, where other things are on worth giving away, or recycling. That is where my lifelong talent comes in handy: as a kid I already exhibited the urge to take apart all my toys, just to see how they worked. Nowadays I use this to deconstruct stuff that technologically is no longer useable, simply because technological standards have moved on over time.

So old harddrives that have less than say 100 GB space and old non-SATA connectors get taken apart, because I can recycle the aluminum and steel separately, as well as the printed circuit boards, since these can get recycled better when taken apart. Other parts can be useful for creative engineering, or even art pieces. And so I am building my chaos into ordered collections that can be used later in my future, or someone else's.

So yeah, if my financial situation no longer is a matter of having a full forty hours work week just to pay the bills, I'd probably not be a software test engineer full time. Instead, I'd get into recycling, repair, repurpose, recycle, anything that makes the cycles of reuse less general: if a piece of technology is defective, it often gets discarded way too soon, and contains typically up to 95 or more percent of working components. Example last week was a fridge, that was totally dead. In the end we Repair Café volunteers found that the defect was a 1 euro voltage regulator, after which the thing worked fine again. And the second one this week was an HP Officejet that according to the owner no longer printed but still scanned. In the end, I did not even have to get my tools out: a simple matter of executing the cleanup process from the settings menu four times, and the printer worked fine. Talk about a nice and cheap upgrade for my current printer which began to show signs of wear and tear.

So yeah, is there a way we can more easily reuse whole modules from discarded technology to repair other devices of the same type? I think there is, but it would probably require a nice distributed inventory system that makes it easy for engineer and repair men and women to find these parts close to home. Development of such a system could easily give reuse a big boost.